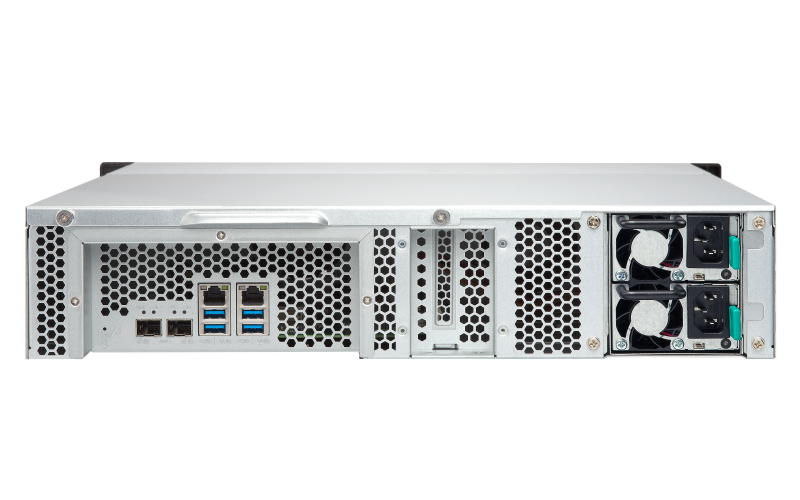 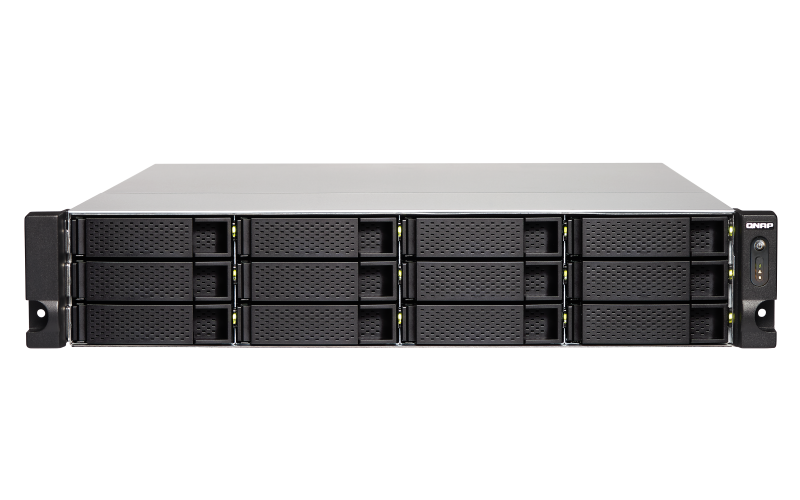 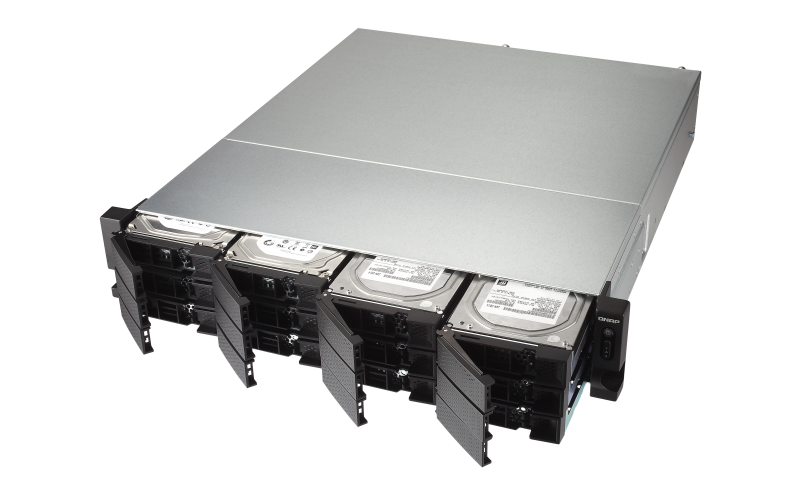 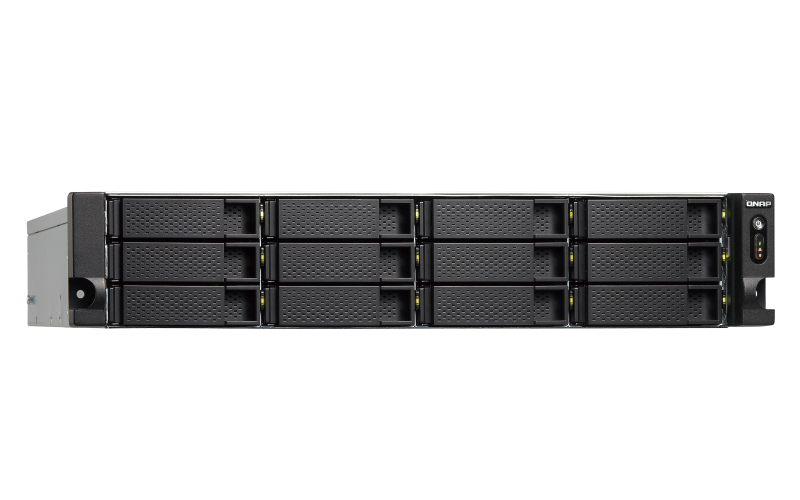 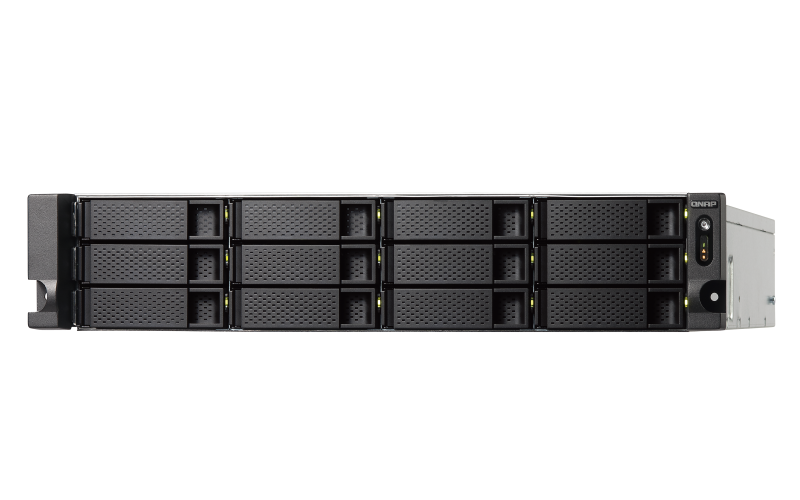 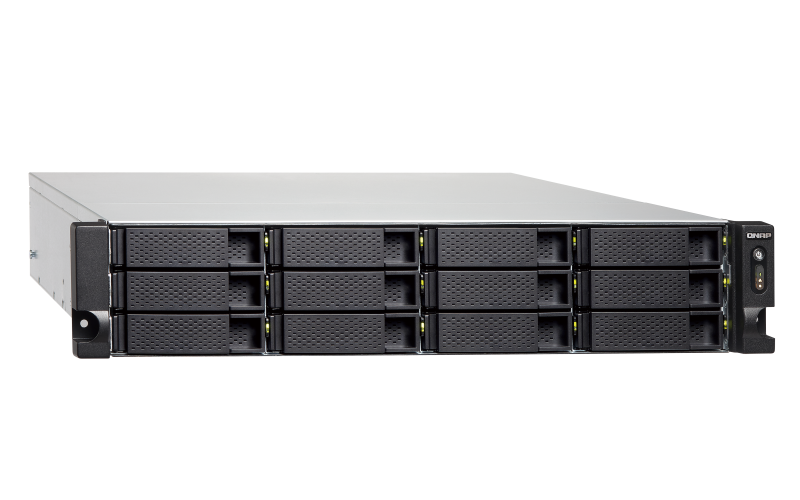 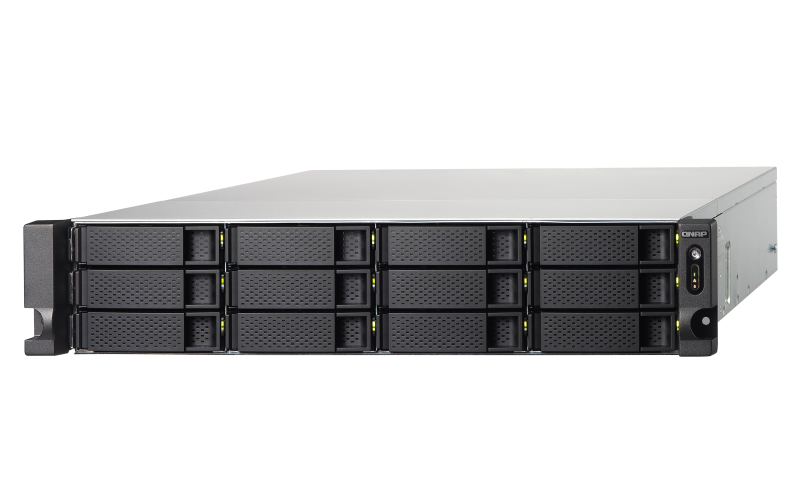 Sorry, this product is no longer available, Please contact us for a replacement.

A solid storage for everyday needs

The TS-1232XU-RP is equipped with a AL-324 quad-core 1.7 GHz platform-on-chip (PoC), from the Alpine V2 AL3 product family powered by Annapurna Labs, an Amazon company. The included 4 GB RAM can be upgraded to a maximum of 16 GB for futureproofing its capabilities. With 10GbE connectivity and PCIe expansion, the TS-1232XU-RP can provide performance of up to 2060 / 689 MB/s (unencrypted) and 1196 / 390 MB/s (with hardware-accelerated AES-256 volume encryption) to significantly boost business operations.

One PCI Express slot gives you expandability and flexibility

The TS-1232XU-RP provides one PCI Express (PCIe) 2.0 ×2 slot (×4 length) for expanding NAS functionality, such as installing additional 10GBASE-T ports and M.2 SSDs (both SATA and PCIe NVMe*). QNAP offers a complete array of expansion cards for you to take advantage of the TS-1232XU-RP's PCIe expandability, including QM2 expansion cards and single/dual port NICs.

A well-rounded disaster recovery plan requires multiple layers of protection and backups to deliver peace of mind. The TS-1232XU-RP supports snapshots to manually/automatically record the content of files and changes to them at the block level, allowing them to be quickly reverted in the event of corruption or accidental deletion. For added data security, the Hybrid Backup Sync app can help back up, restore and sync files to/from local external devices, remote NAS and public cloud services.

The TS-1232XU-RP supports SMB/CIFS, NFS, and AFP protocols for file sharing across Windows, Mac, Linux/UNIX networks. Data can be centrally stored on NAS and protected by rigid security measures provided by the TS-1232XU-RP. The Windows AD and LDAP services enable system administrators to configure user permissions by using an existing Windows AD server, LDAP server or built-in LDAP service. To sync data across devices, including mobiles, simply install Qsync Central on NAS and Qsync clients on other devices to enjoy a fast, private, secure, and real-time file sync service with the TS-1232XU-RP.

The TS-1232XU-RP can handle file backup tasks from Windows® PC and Mac. By using QNAP's NetBak Replicator backup utility, with a few simple clicks, you're all set. For macOS users, Time Machine can be set up to save to the TS-1232XU-RP. Combined with snapshots and Hybrid Backup Sync, the TS-1232XU-RP provides the solid foundations of a disaster recovery plan.

QTS, the QNAP NAS operating system, provides numerous functionality additions and improvements, such as the revamped Qtier, RAID 50/60 support, Qboost, OCR Converter, and much more. More apps are available from the QTS App Center, such as Domotz, QVPN Service, and more. You can easily take advantage of apps from QNAP and trusted third parties to expand NAS functionality and possibilities. 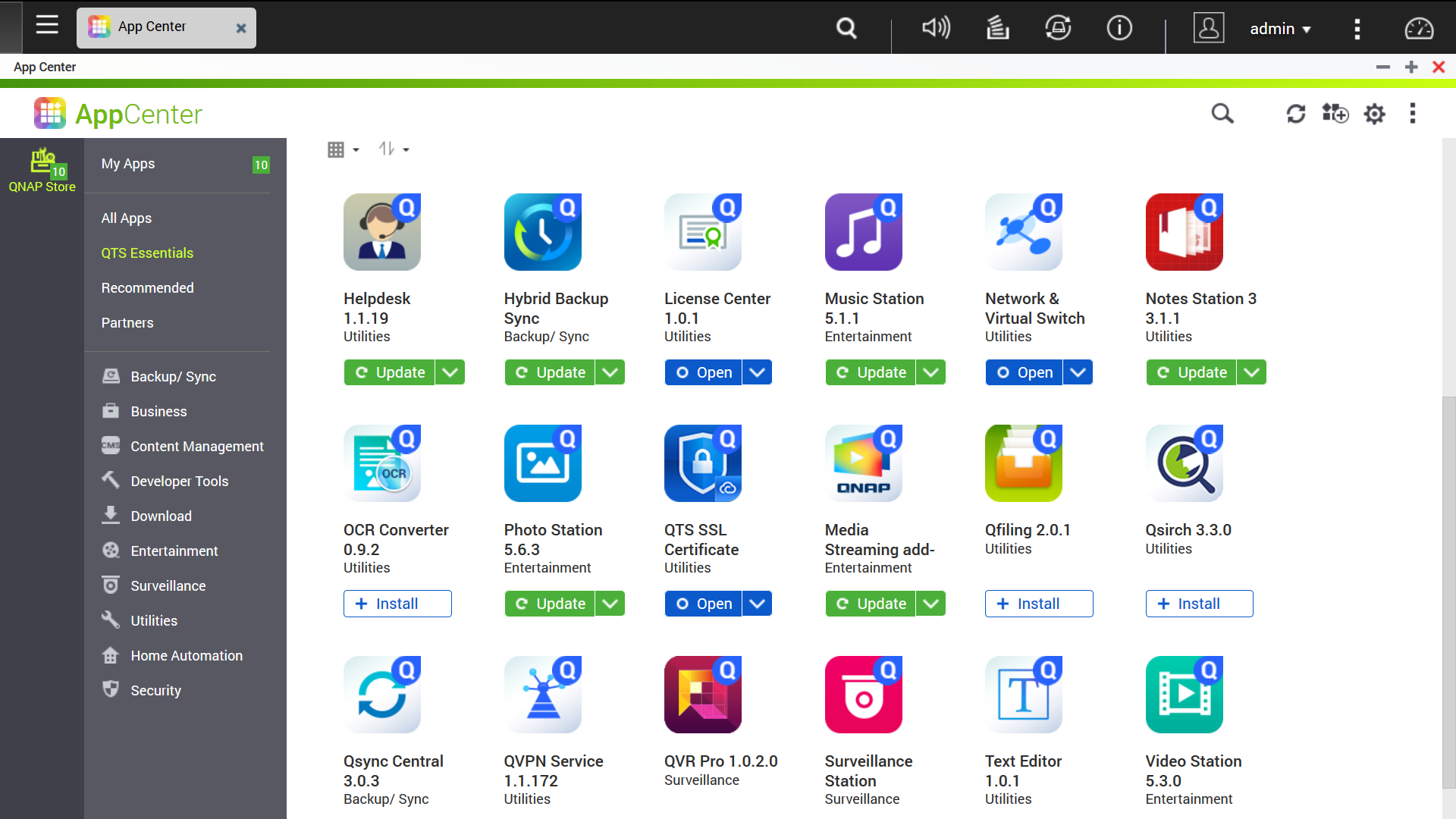 The TS-1232XU-RP provides an intelligent surveillance management system for real-time monitoring, video & audio recording, and playback to safeguard your work environment. You can even use USB webcams as affordable IP cameras with the free QUSBCam2 app. The TS-1232XU-RP also supports QVR Pro, the next-generation QNAP NVR system, that allows you to arrange a dedicated, independent storage space for surveillance data on the NAS and leverage the advantages of scalability and storage manageability from QTS.

One PCIe 2.0 ×2 slot (×4 length) is available for adding a 10GbE port and/or M.2 SSD slots. With SSDs installed, Qtier auto tiering can be enabled to optimize storage utilization.

Snapshots add an extra layer of protection to your disaster recovery plan, giving you the flexibility to create and revert snapshots locally and/or remotely.

The Hybrid Backup Sync app completes your backup strategies, allowing you to back up, restore and sync files locally and remotely.

QNAP's Virtual JBOD technology can be used to expand remote NAS capacity, ensuring all available space can be fully utilized.